Following the successful completion of a small office in Edinburgh for CIBT Visas, GTA Interior was appointed to work with CIBT’s sister company Newland Chase on their flagship office in the brand-new Angel Court, London.
Boasting panoramic views of the city, including the Shard, St Pauls and the London Eye, the dynamic angles of the host building influenced the concept for the fit-out design, using flooring, light fixtures and feature tiles to mimic these strong angles.

In the reception, GTA designed an illuminated feature timber logo wall which worked alongside the finishes palette of washed timber, blacks and Newland Chase red to create a contemporary yet corporate scheme. The manifestation design for the boardroom glazing was kept as a minimum to allow transparency straight through the boardrooms, making the space feel larger and maximising the views of the Shard creating the wow factor as soon as you walk through Newland Chase’s doors.

In the back of house, offsetting meeting rooms and offices to the core allowed for the open plan to fully benefit from the ever-changing views of the city. Timber topped desks with black legs sit upon an angular patterned carpet and strong wall graphics continued the finishes palette from reception, adding a youthful look to suit their millennial staff, also reflected in the tea point where pops of red, an interactive map graphic and herringbone flooring create a casual space for break out / informal meetings. 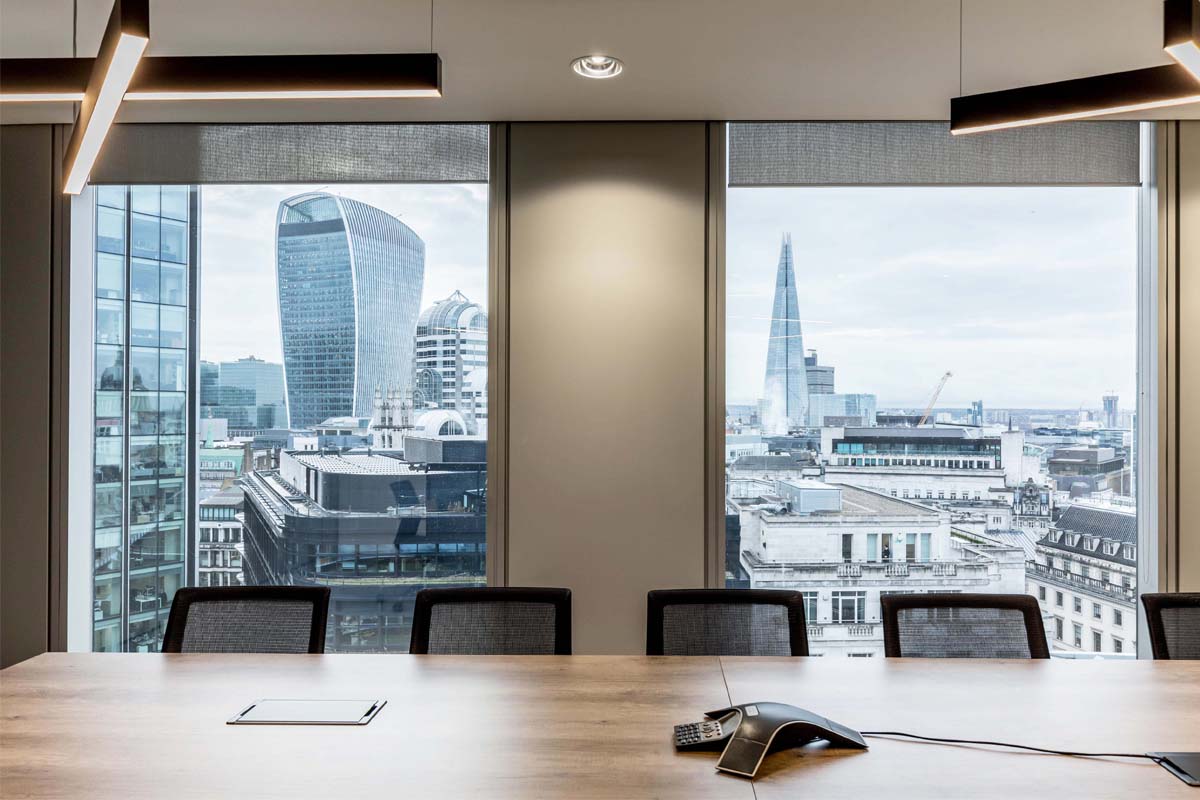 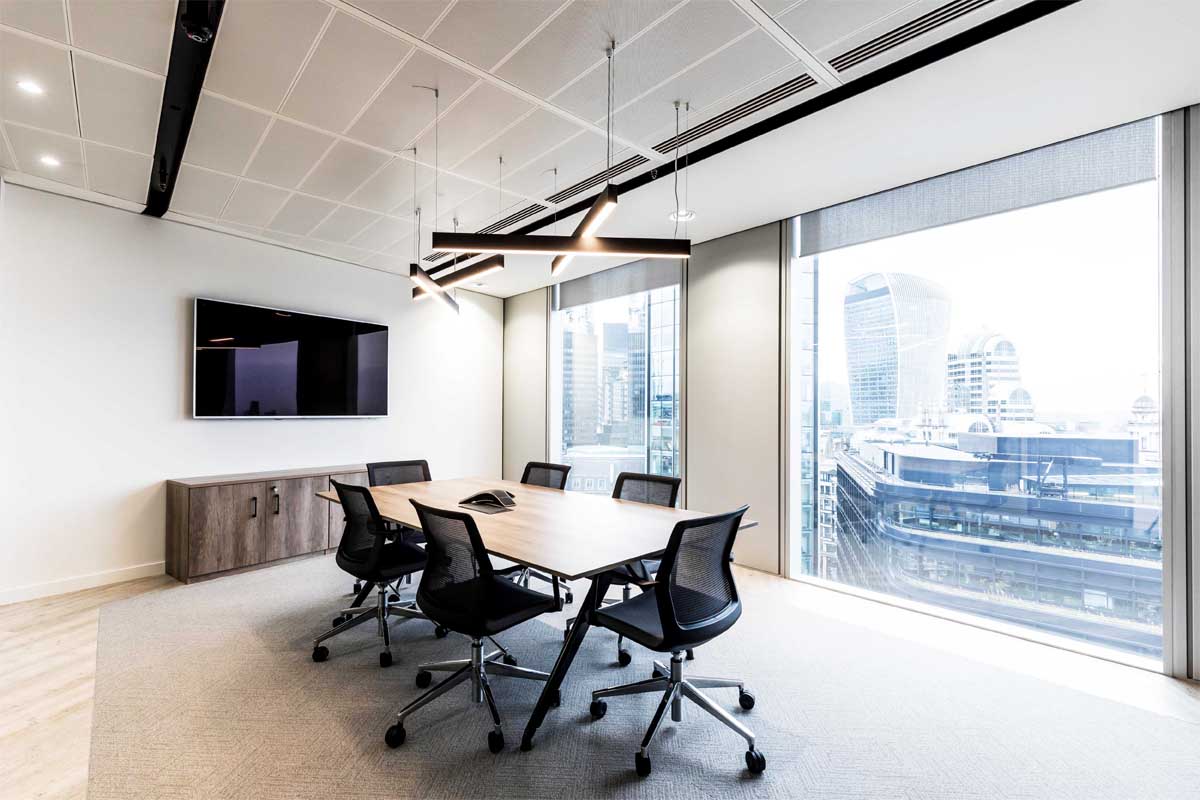 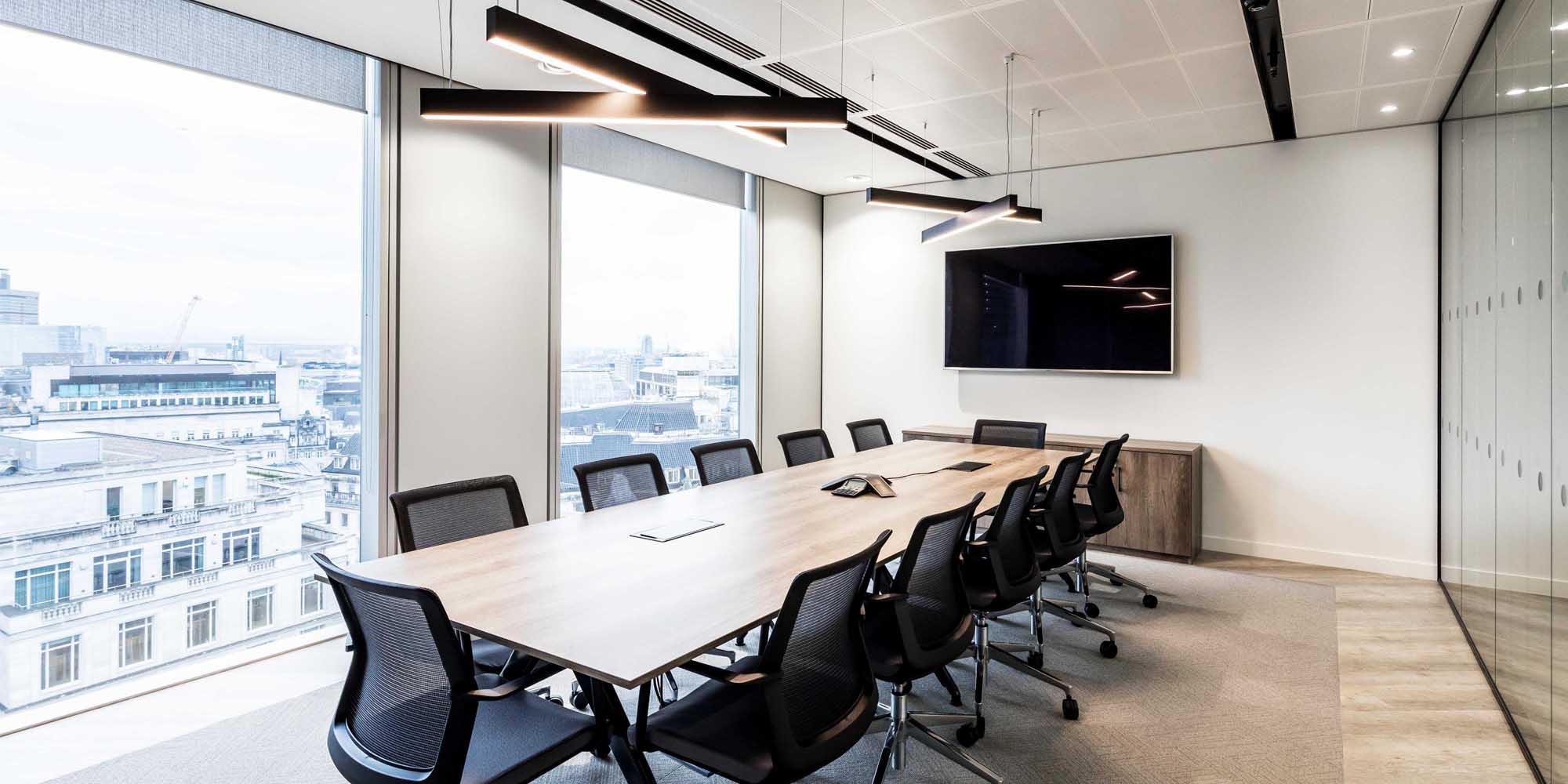 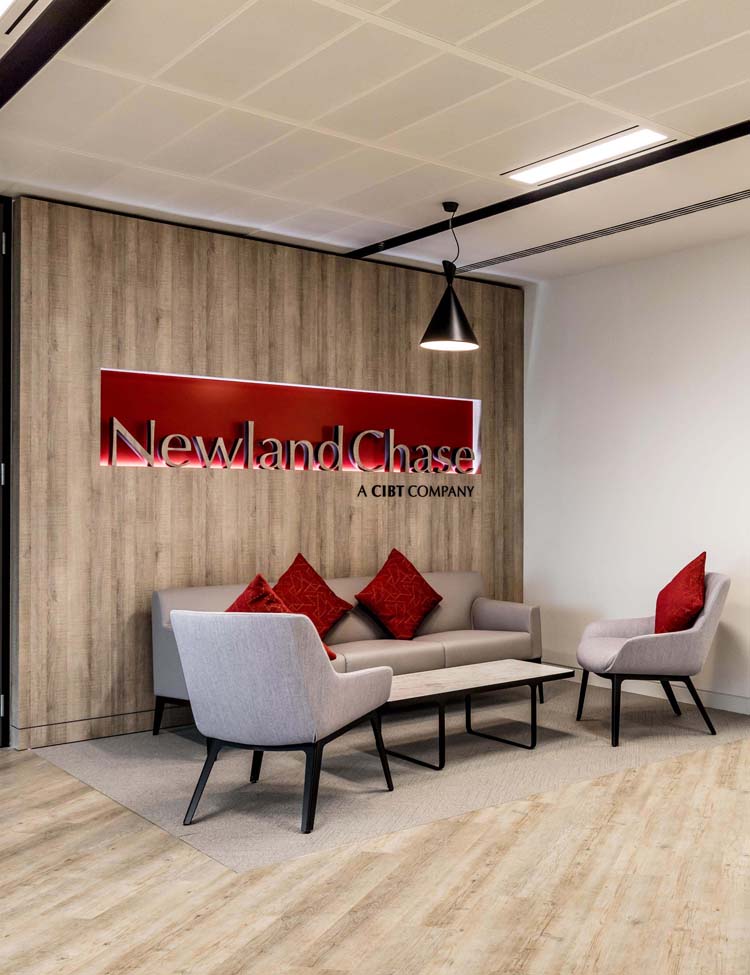 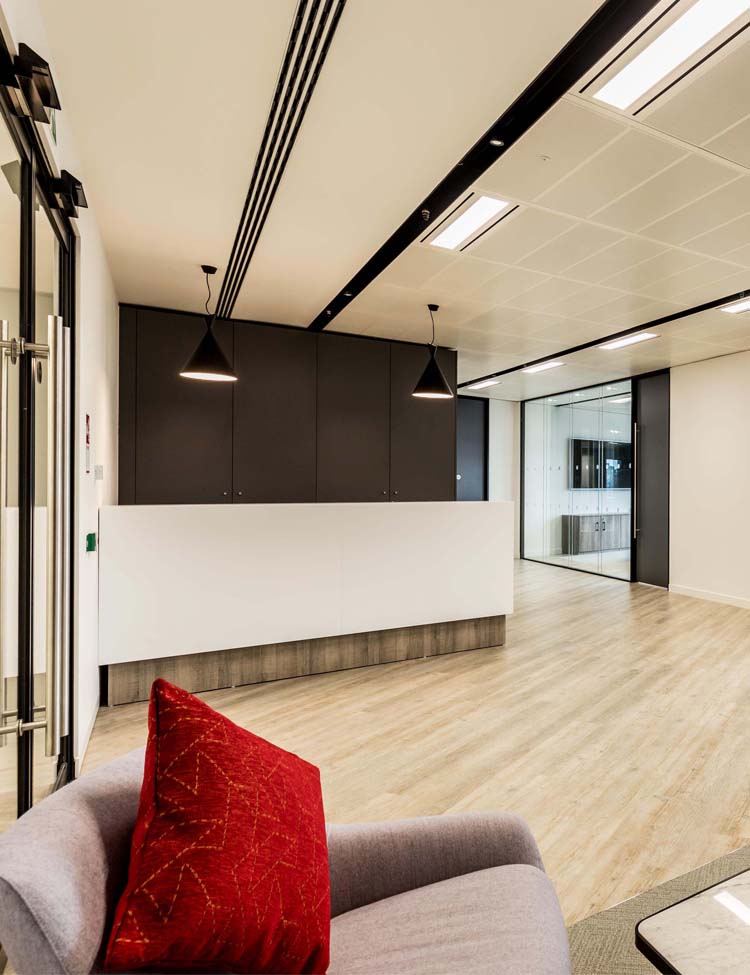 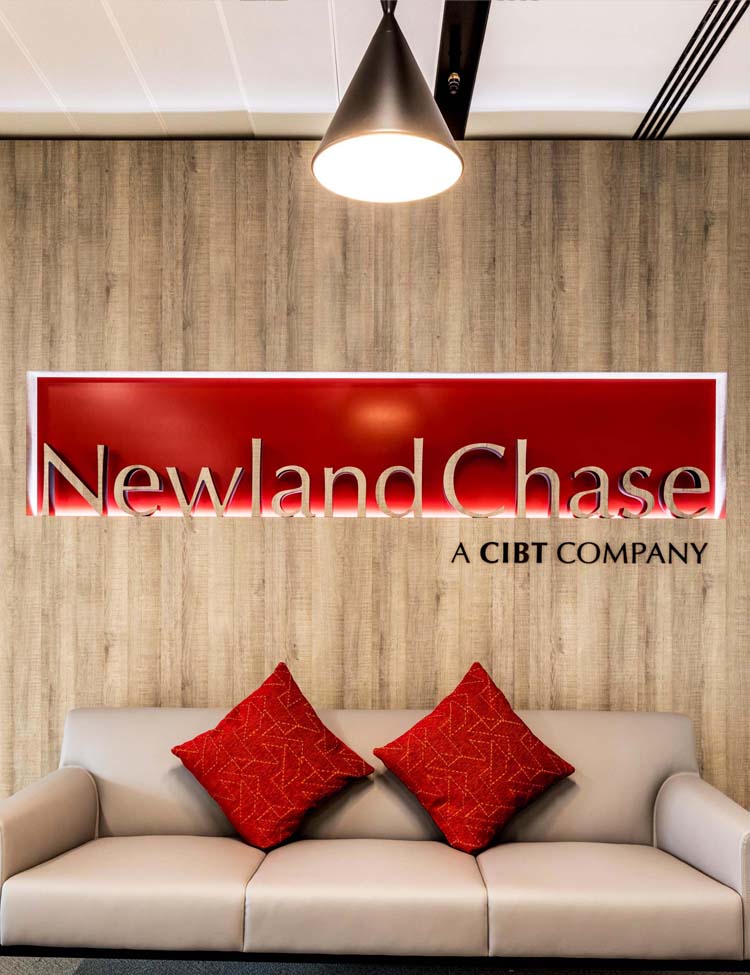 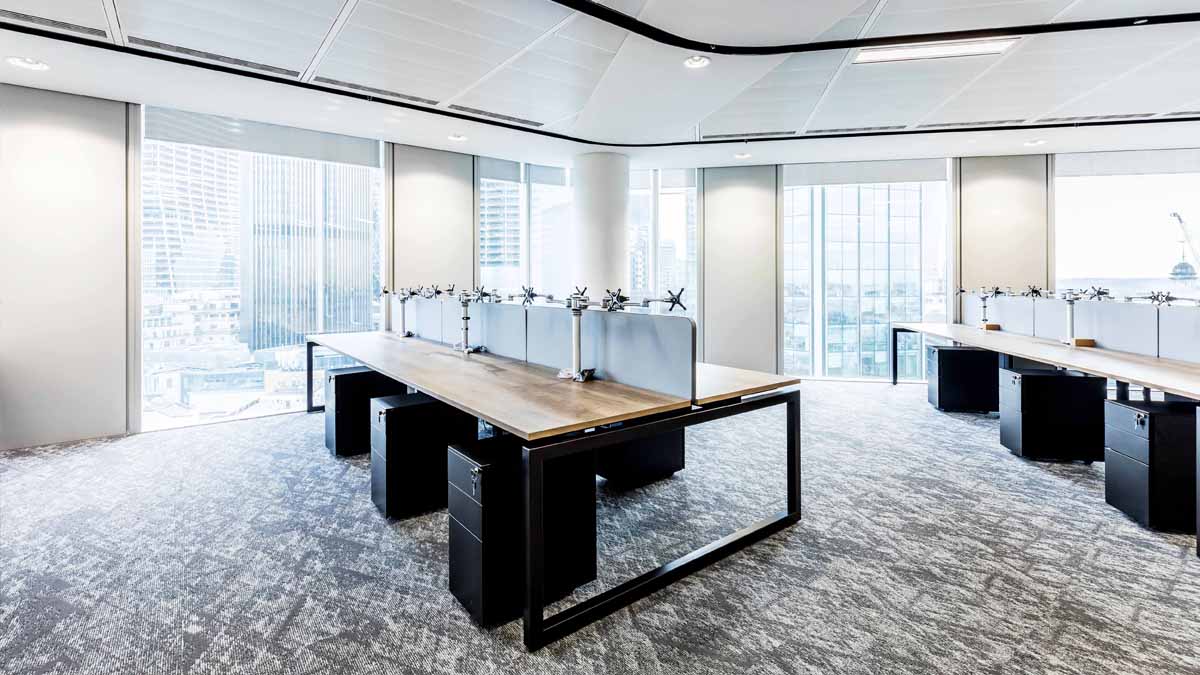 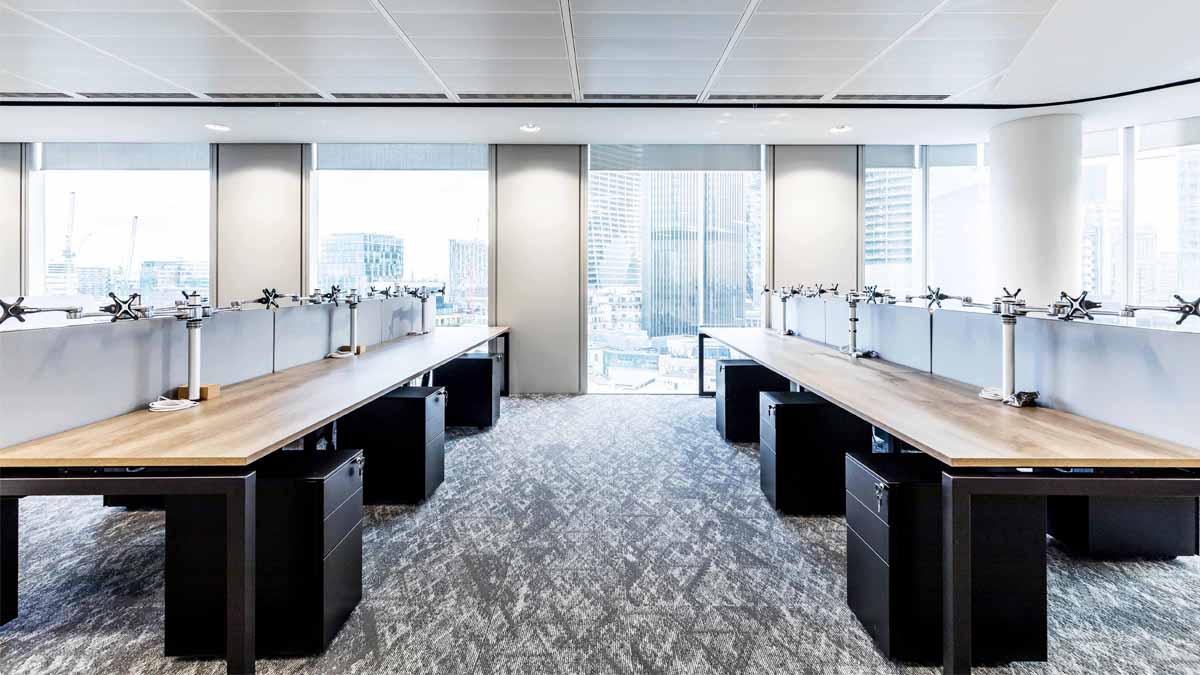 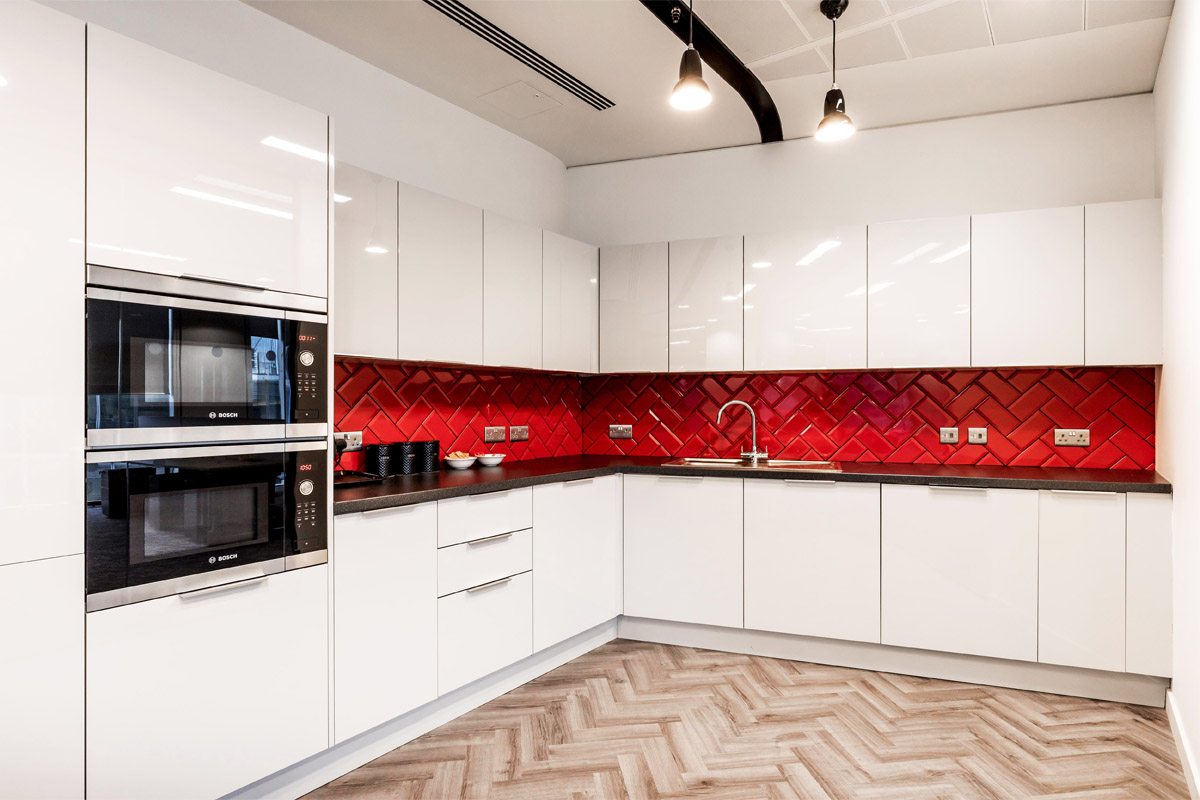 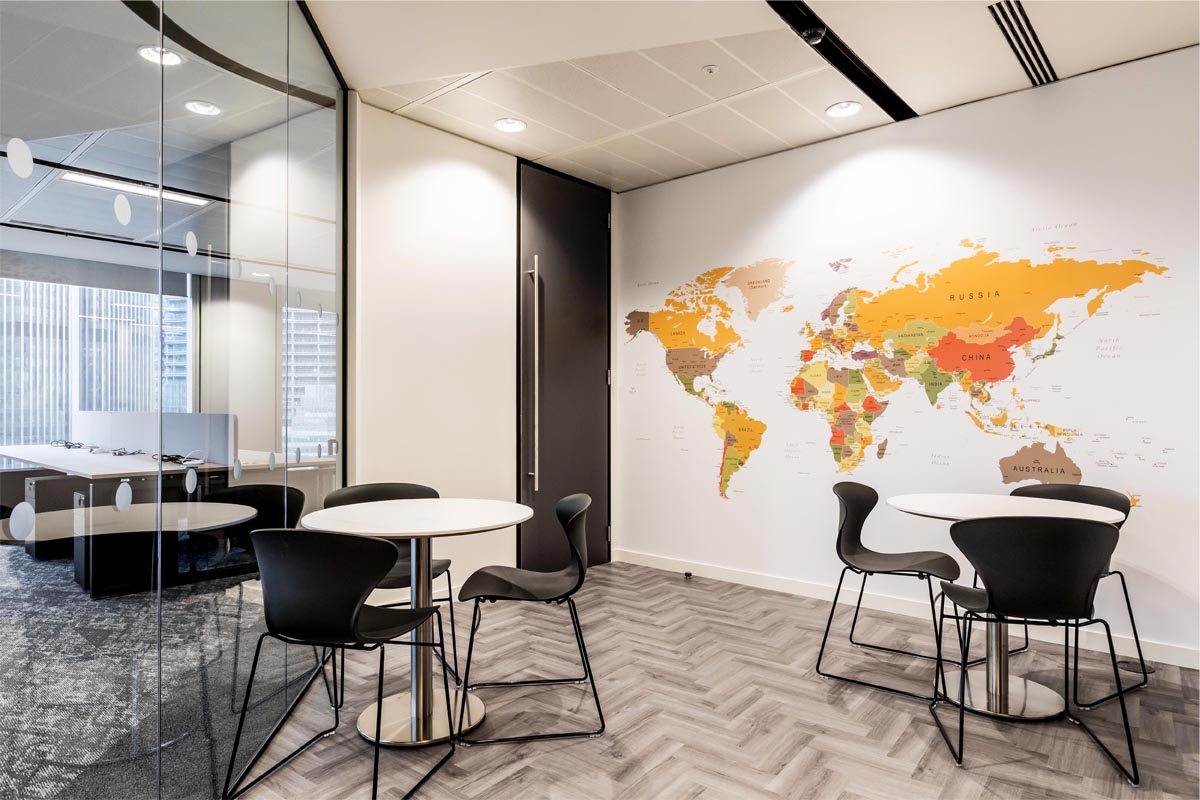